For several years, Dr. Brent Stewart has been studying the behavior and population of several species of penguins, including emperor penguins, at South Georgia Island and along the Antarctic Peninsula. Dr. Stewart pioneered the use of Unmanned Aerial Vehicles (UAVs) to capture hundreds of photos of penguin colonies (which include thousands of penguins) in the extreme and often unpredictable Antarctic weather. The photos are later analyzed to allow for an accurate record of penguin population numbers.

Our work with penguins is key to understanding the relationships between penguins and their environment in order to address threats to their ecosystem. Through four Antarctic expeditions Dr. Stewart has examined the interconnectedness of marine life and their habitats and how to use that information to predict and prevent negative ecosystem impacts. 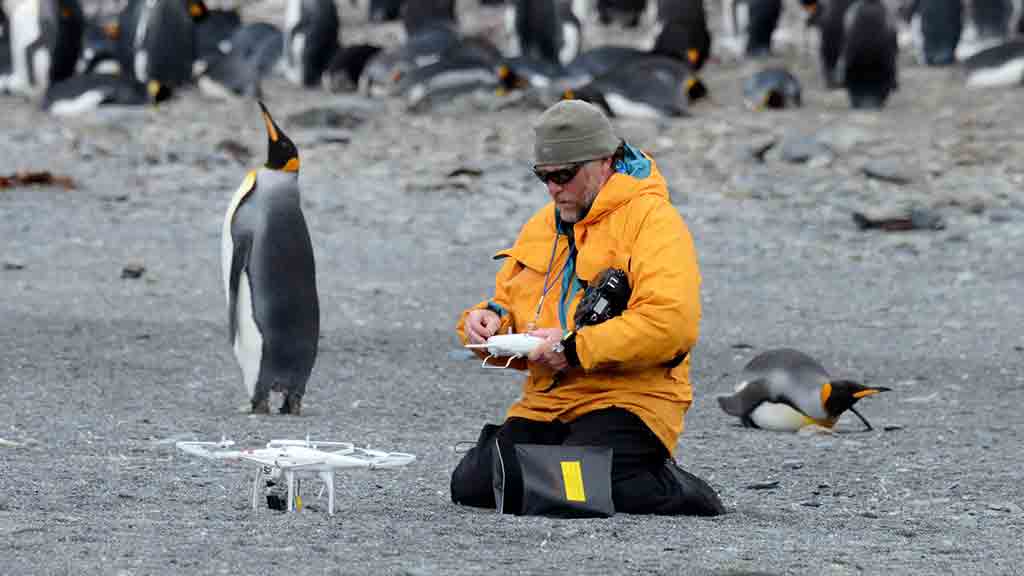