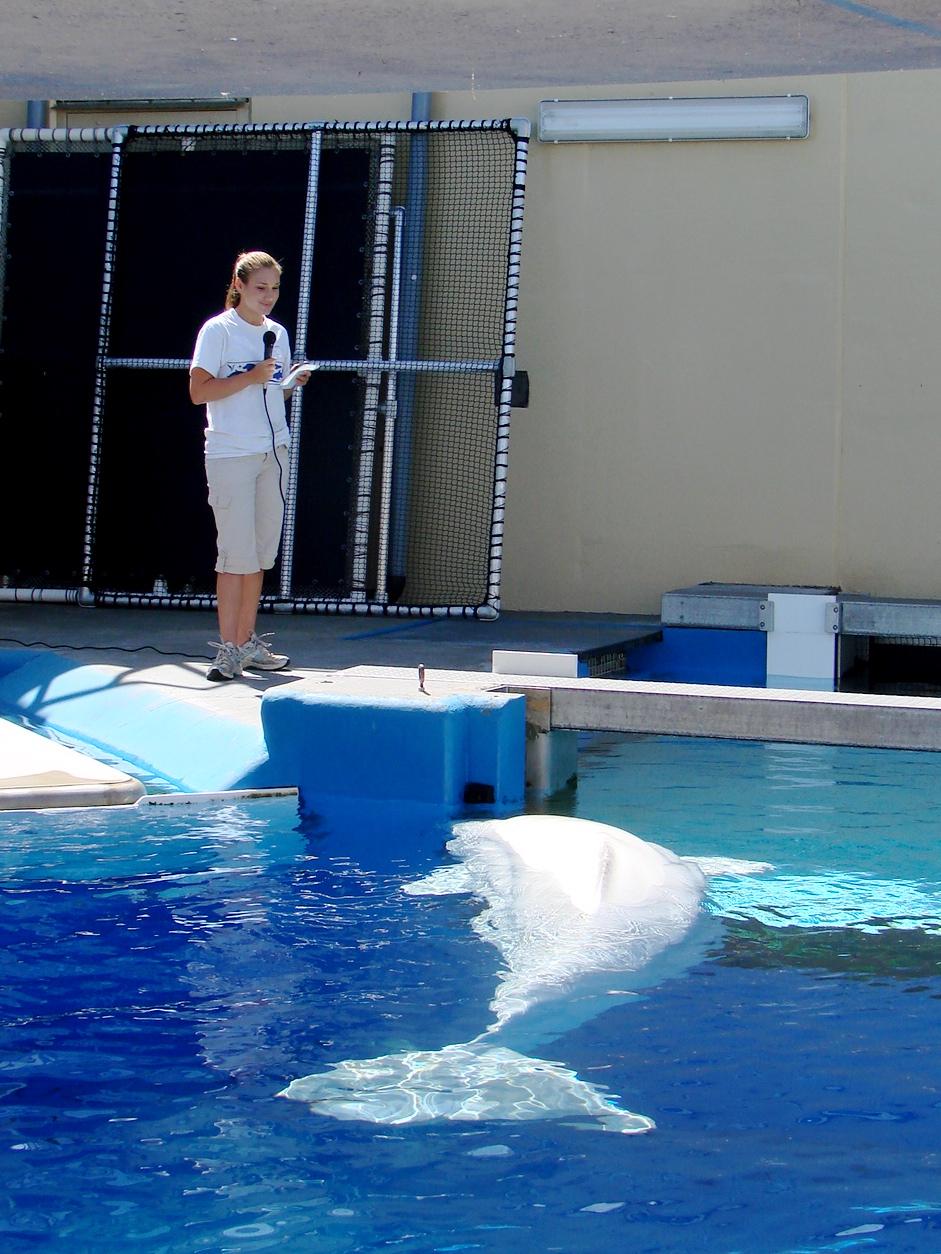 Belugas depend upon sound for many important biological functions such as foraging, navigation and communication. The territory of beluga whales overlaps the rich oil deposits in the arctic continental shelf. Oil exploration, production and transport generate significant underwater noise, which can cause discomfort, stress and even physical damage to animals. In the 1980s little data was available on the hearing capabilities of beluga whales and their responses to man-made noise. HSWRI researchers played underwater recordings of drilling noise to four captive beluga whales at SeaWorld San Diego to assess behavioral responses and physiological responses to the sounds. Researchers found the belugas exhibited initial flight responses in five of the nine playback experiments, but the belugas quickly adapted to the noise and then showed no changes in swim patterns. There was no measurable change in stress chemistry in the belugas. Our researchers recognized that captive belugas may be less sensitive to sound than wild belugas, since they are used to low-level sounds like water pumps.

HSWRI researchers subsequently performed two seasons of field observations and playback experiments with southwest Alaskan beluga whales. These studies established that wild whales in their natural habitat respond more negatively to sudden changes in sound level than to sustained sounds. When drilling platform sounds were projected underwater, whales less than 1.5 km from the source usually reacted to onset of the noise by swimming away. In two instances, groups of whales that were at least 3.5 km from the noise source when playback started continued to approach. One group approached within 300 m before all or part turned back. The other group submerged and passed within 15 m of the projector. These results were consistent with observations of captive belugas.