Since humans use the ocean for a variety of activities—food, recreation, energy production, transportation and military maneuvers— program scientists seek “win-win” solutions that allow humans and marine life to thrive together while sharing the seas. We work with anglers, resource managers, industry and collaborators to minimize injuries or deaths of dolphins, killer whales, polar bears and other marine life resulting from interactions with human-made sounds and objects. Our work includes not only potential negative impacts of human-produced noise, but also the potential life saving benefits of sounds or gear modifications to keep marine life out of hazardous situations. 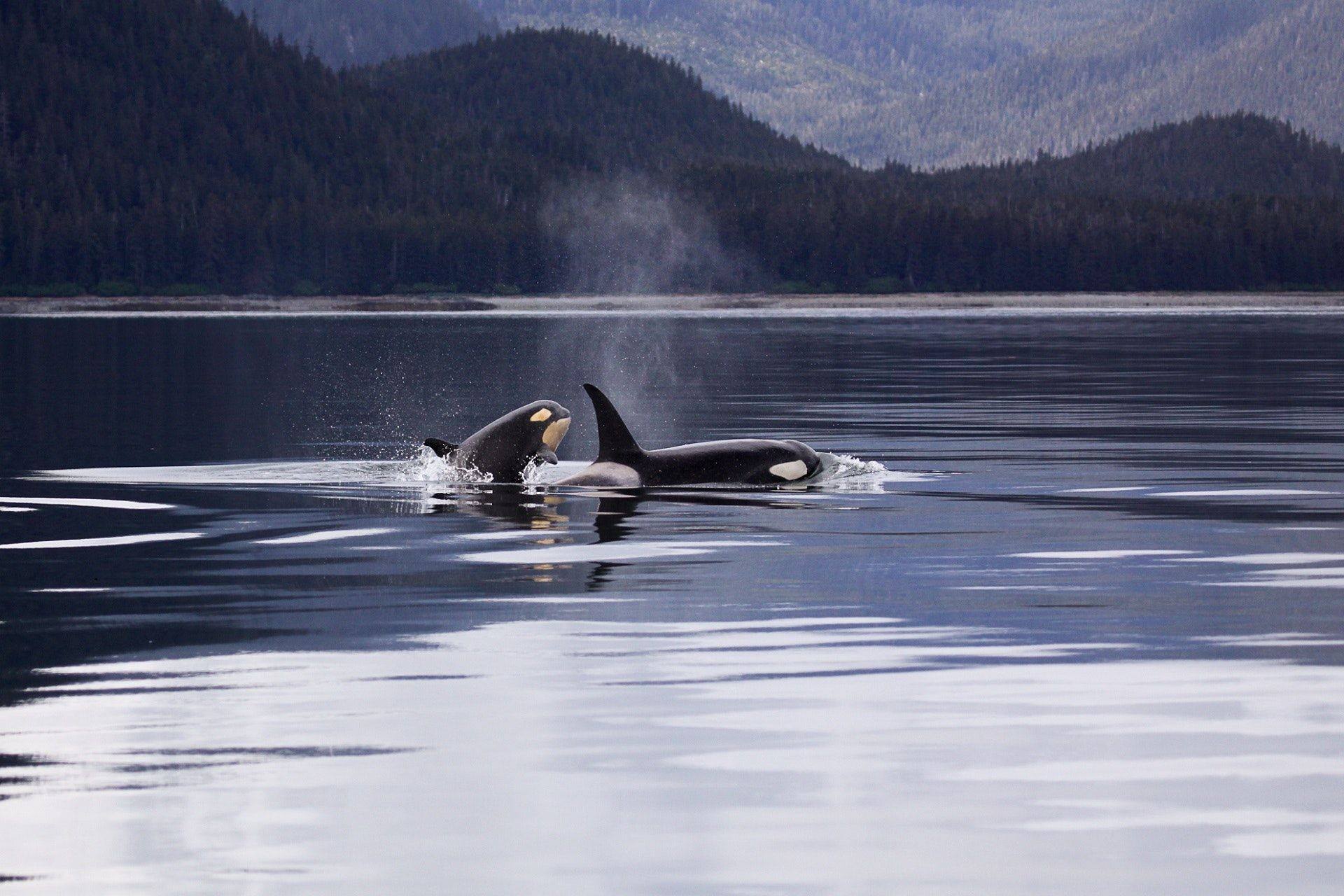 Access to animals in the oceanarium environment gives scientists unique opportunities to study communication of individual animals at close range and over long periods. The Animal Behavior and Senses program has taken advantage of access to SeaWorld animals to further our understanding of vocal communication.

An example is the first study of vocal development in a large whale that became possible when a stranded gray whale calf was rescued. Dr. Bowles and her graduate students showed that the whale developed a species-typical repertoire even though she was in human care (Wisdom et al. 2001). Another example is research on vocal development and social context of communication in killer whales. Although killer whales hadn’t been documented to learn new sounds readily, over the last several decades Dr. Bowles and her graduate students have provided strong evidence that they have substantial ability to learn both from one another and other species (Musser et al. 2014, Crance et al. 2014). The team has also started relating vocalizations with social context (Bowles et al. 2015).

The best information on marine mammal hearing is collected using behavioral techniques. Access under controlled conditions, such as in the oceanarium environment, has proved invaluable for this work. Since the program’s inception in 1977, the Animal Behavior and Senses program, in collaboration with colleagues at other organizations, have taken advantage of this unique opportunity to measure the hearing of animals that cannot be studied otherwise and to improve techniques for measuring hearing under field conditions.

Three recent examples illustrate the benefits. Owen et al. (2011) measured hearing in polar bears at SeaWorld and San Diego Zoo Global, showing that their hearing differed substantially from that of small domestic carnivores and providing information needed to protect them from noise in the arctic. Wolski et al. (2003) provided the first comparison of behavioral and electrophysiological measurements of hearing in a harbor seal; electrophysiological measurements can be collected quickly, and therefore can be used on animals at stranding sites. Schlundt et al. (2011) studied hearing in a stranded pilot whale and compared it with a whale resident at SeaWorld, showing that the stranded whale was severely hearing impaired.

The Animal Behavior and Senses program has a long history of research on the effects of human-made noise. Dr. Bowles began her career at HSWRI working in this research discipline and has continued to focus on the problem until the present. Program studies have focused on a wide range of potentially-disturbing noise sources and have been conducted in both the marine and terrestrial environment. Of particular note is Dr. Bowles’ participation in recently-updated science-based criteria for protecting marine mammal hearing from the effects of noise (Southall et al. 2019).

Hayward, L.S., A. Bowles, J.C. Ha, and S.K. Wasser. 2011. Impacts of acute and long-term vehicle exposure on physiology and reproductive success of the northern spotted owl. Ecosphere 2(6), Article 65: 1 – 20 [online journal of the Ecological Society of America].

Two examples illustrate the point. In collaboration with SeaWorld, Dr. Bowles and her graduate students studied the behavior of six species of marine mammals interacting with simulated fishing gear and a net alarm, a device that produces a moderate-amplitude tone designed to warn animals away from nets. They documented differences in behavior by species and showed that animals find pingers to be aversive to varying degrees (Bowles & Anderson 2012). This likely explains why pingers are sometimes effective, but also suggests that they should be used with caution, lest animals be driven away from resources they depend on.

A different type of pinger, an ultrasonic coded transmitter (UCT) designed to be implanted in fish and invertebrates, is used to track marine life. These devices are used in white seabass by the HSWRI Sustainable Seafood program to obtain data on the outcome of release. After released fish were taken by seals, Animal Behavior and Senses program staff conducted measurements of UCT acoustic properties, showing that some units could have been detected by seals at distances that would have made it possible for them to target instrumented fish (Bowles et al. 2010).

Based on this background of research, the program is now starting to work in interactions with open-ocean aquaculture gear.

Bowles, A.E., and R.C. Anderson. 2012. Behavioral responses and habituation of small cetaceans and pinnipeds to novel objects and simulated fishing gear with and without a pinger. Aquatic Mammals 38(2): 161-188.

Acoustics is a branch of physics focused on sound that is important to many research disciplines, such as study of sound perception, physics of sound transmission, techniques for localizing sound sources, and the use of ultrasound as a tool for imaging. The study of animal sound perception and production are part of a sub-discipline called Bioacoustics. In addition, sound may be used as a tool for tracking and localizing animals. The Animal Behavior and Senses program has an interest in this research topic as a tool for mitigating or preventing negative effects of human activity in the ocean. One example is research on acoustic reflectivity, which is important to predicting the effectiveness of sonar. In collaboration with colleagues at Scripps Institution of Oceanography and SeaWorld, program staff examined the acoustic reflectivity of manatees as a potential tool for preventing vessel collisions (Jaffe et al. 2007). 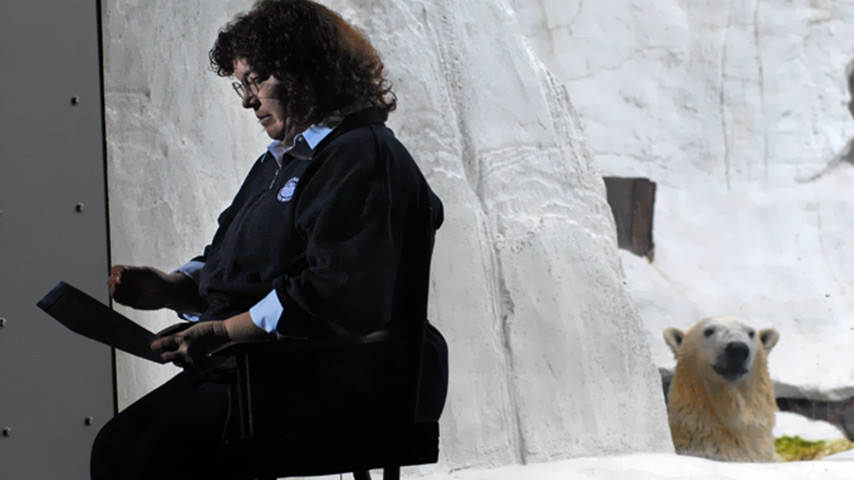 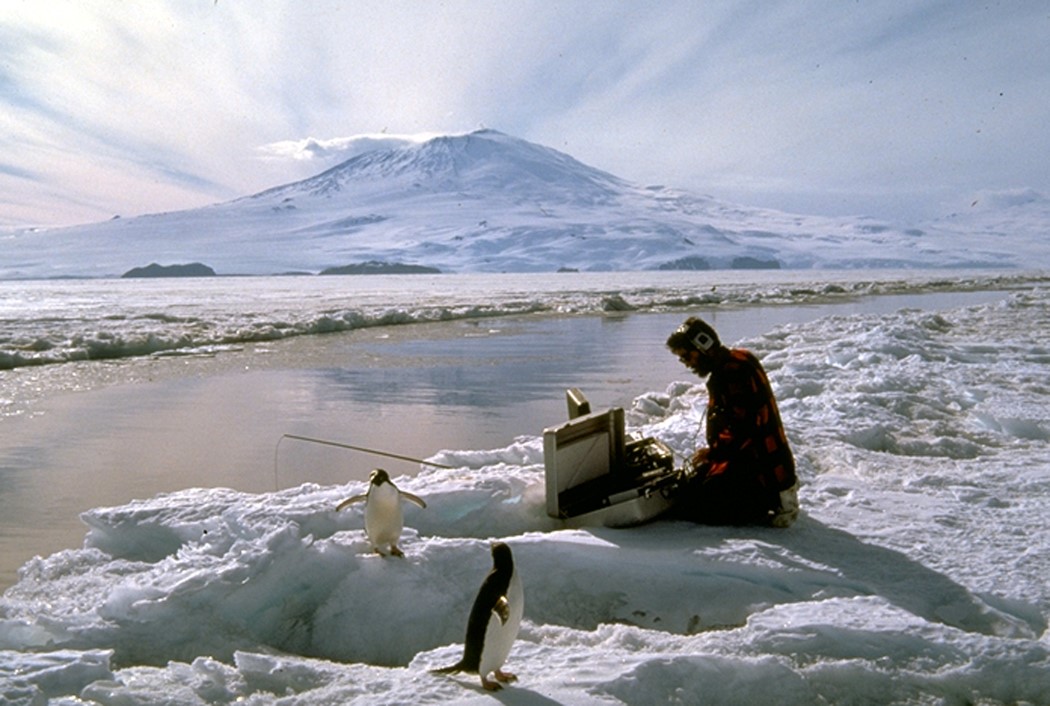 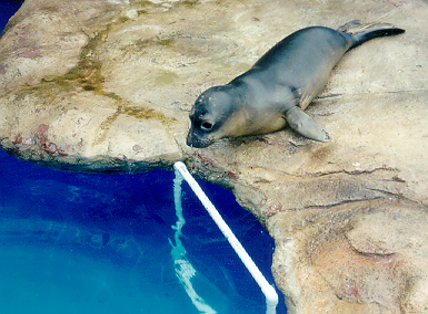