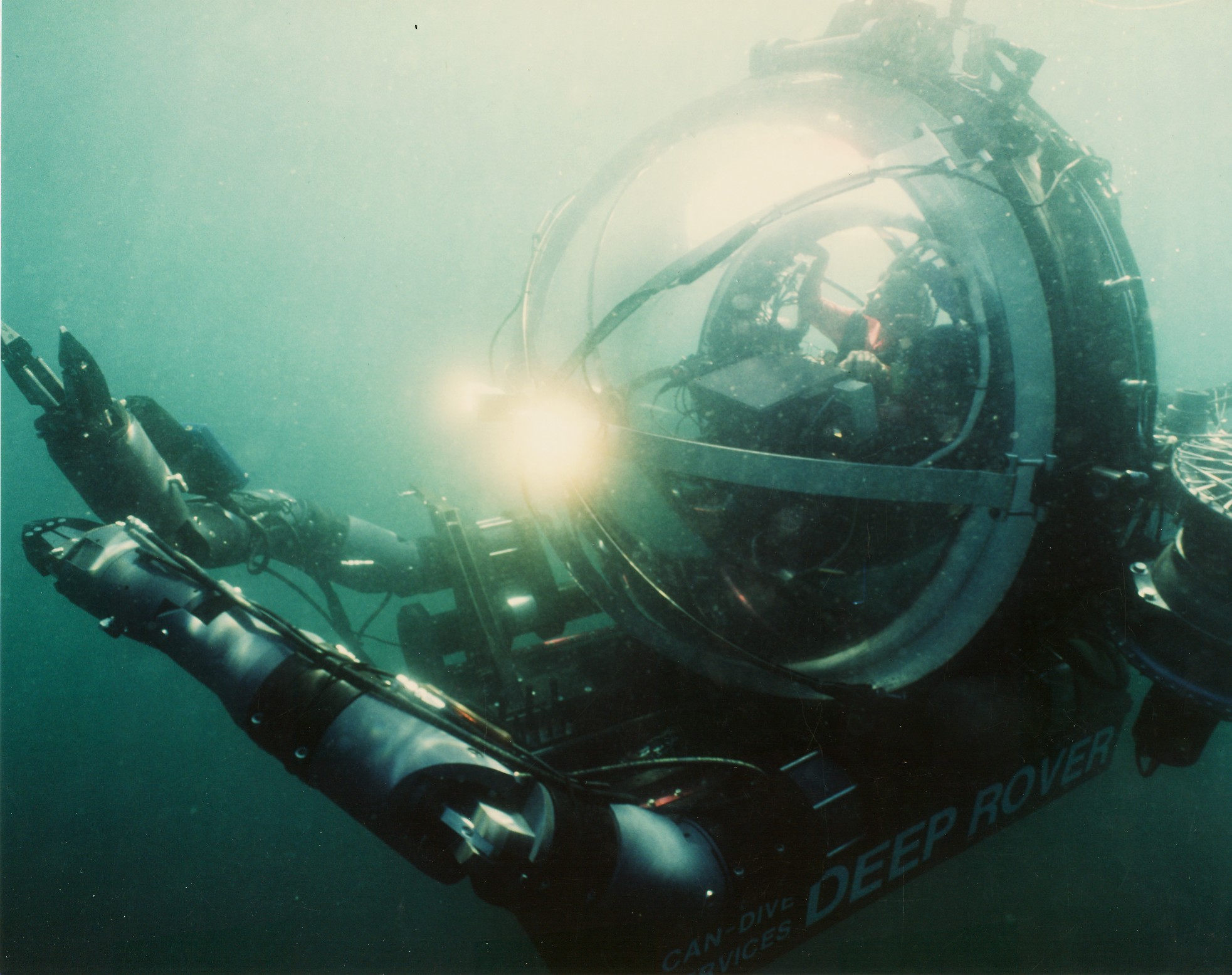 In 1985 HSWRI was part of the team that tested the Deep Rover at San Clemente Island, California. This pilot project was coordinated by Sylvia Earle who previously founded Deep Ocean Engineering and Deep Ocean Technology with British engineer Graham Hawkes in the early 1980s. Together they designed the submersible Deep Rover, a vehicle capable of reaching depths of 3,000 feet beneath the surface of the ocean.

The San Clemente test was an test dive to show the future of ocean exploration, focusing on  a study of individual organisms in the deep scattering layer, including little known lightfishes, which were thought to be among the most numerous creatures on earth. One 3,000 feet excursion was one-third deeper than any other previous solo dive. A separate 1,000 feet dive was the first 24-hours day/night observation dive for a solo diver. No lights were used during this 24-hour dive in order to observe the behavior of bioluminescenet organisms. The participants assembled in HSWRI’s conference room after the dive to discuss “Impact of Year Ocean Funded Program, Major Scientific Objectives 1986-2000,” a discussion lead by Dr. Earle.