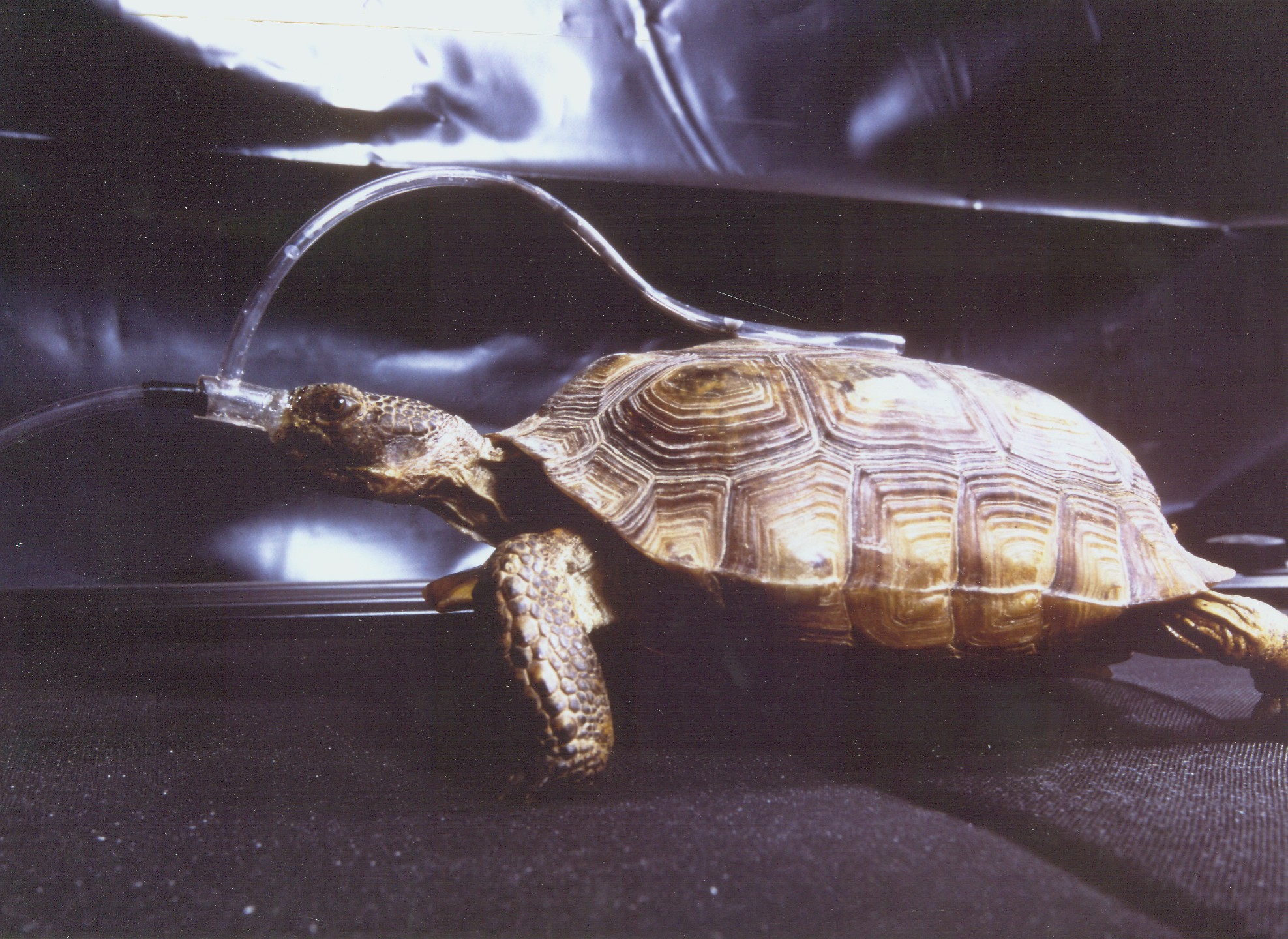 Hearing and metabolism of desert tortoises

Testudinates (turtles and tortoises) have been characterized as deaf because many species exhibit little response to sounds in their environment. However, they possess auditory organs, and several species of tortoises, including the threatened desert tortoise (Gopherus agassizii), produce acoustic social signals and are known to react to meaningful sounds in their environment, including sounds produced by predators. Almost nothing was known about the behavioral and non-auditory physiological responses of reptiles to sound. Species typical defensive responses to the approach of danger include alerting, startling, running, diving, urinating, freezing, and withdrawing into the shell. Therefore, there is concern that high-intensity subsonic aircraft noise and sonic booms could stimulate potentially-damaging responses or affect desert tortoises’ ability to perceive meaningful sounds. HSWRI was contracted to conduct an environmental study on the effects of F-22 subsonic and supersonic aircraft noise on desert tortoise behavior, hearing and energy metabolism.

The study found desert tortoises proved to hear surprisingly well, based on the small amount of information on other species available at the start of the study. Approximately half of the tortoises in this study had best sensitivities that were greater than expected, i.e., in the range from 20 to 40 dB SPL. Their good hearing was easy to understand in retrospect, as desert temperatures are high and high temperature increases the auditory sensitivity of reptiles.

We wanted to measure both metabolic and heart rates to gauge stress. Tortoises were trained to walk voluntarily on a treadmill and fitted with small mask for measurements of oxygen consumption. Resting heart rate averaged 11.82 BPM. Exercising heart rate ranged from 10 BPM to 42 BPM, averaging 30 BPM. There was no increase in blood lactate levels during or post-exercise.

The most extreme response to simulated subsonic aircraft noise was a typical reptilian defensive response – freezing – for up to 113 minutes. After the initial exposure, bouts were short (<~5 min); thereafter, the tortoise entered a milder defensive state (head withdrawals, alerting, less climbing or digging). Averaged heart rate declined 7-8% during exposures, corresponding to this shift in behavior. In order to be detrimental, behavioral responses to aircraft noise would have to (1) significantly alter the 24-hour activity budget of tortoises under natural conditions, and/or (2) stimulate the tortoises to expose themselves to extremely unfavorable conditions (emergence in the heat of the day, activity in the presence of predators). Our laboratory experiments did not find evidence for either potential effect. 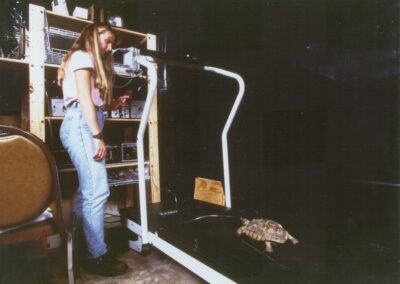 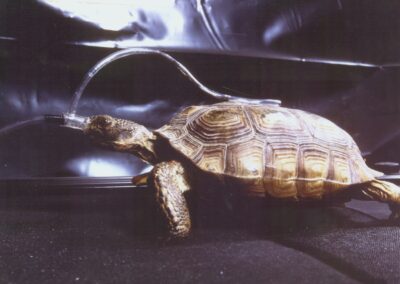