Through the support of Dorothea Laub, Paul and Norma Fruchbom and Chevron Corporation, HSWRI established the Dick Laub Fisheries Replenishment Program in 2014. This program aims to build on the approach developed for white seabass (i.e. fisheries replenishment using releases of cultured fish) and apply it to other marine finfish species in southern California.

Initial work focused on identifying suitable candidates for fisheries replenishment; HSWRI scientists systematically assessed 20 local nearshore species as well as soliciting input from resource managers and a survey of user groups.  Following this, California halibut (Paralichthys californicus) became the focal species of the Dick Laub Fisheries Replenishment Program and culture efforts were greatly intensified. With assistance from Coastal Conservation Association of California volunteer anglers, dozens of adult male and female halibut have been collected for the program beginning in 2016.  To accommodate these breeders, new tanks and associated infrastructure has been installed at HSWRI’s Mission Bay research facility.  Juvenile culture capacity has also been upgraded at Mission Bay with the installation of specialist larval systems and live-feed capabilities.

Once regularly spawning of halibut was achieved, research efforts have been able to focus on important topics such as temperature and hormone effects on spawning, culture conditions to maximize juvenile health and quality, and mechanism that control sex determination in this species.  As cultured halibut have been grown to releasable size, additional areas of research have included behavioral training (e.g. pre-release exposure to live-prey and sand substrate) and tagging methodologies.  In late 2019, the first release of halibut occurred as part of the Dick Laub Fisheries Replenishment Program, as almost 2300 juveniles were released in Mission Bay.  With established methods now in place for the culture, grow out and release of juvenile halibut, expansion of the program is being planned to include larger-scale releases at multiple locations throughout southern California. 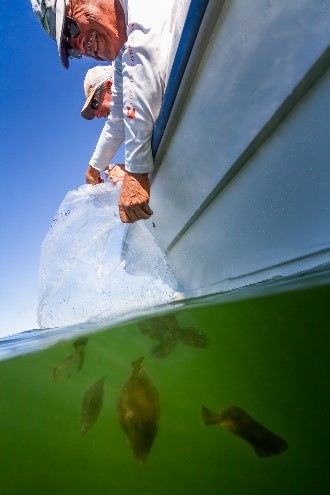 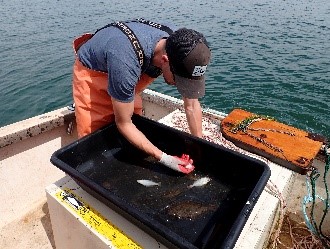 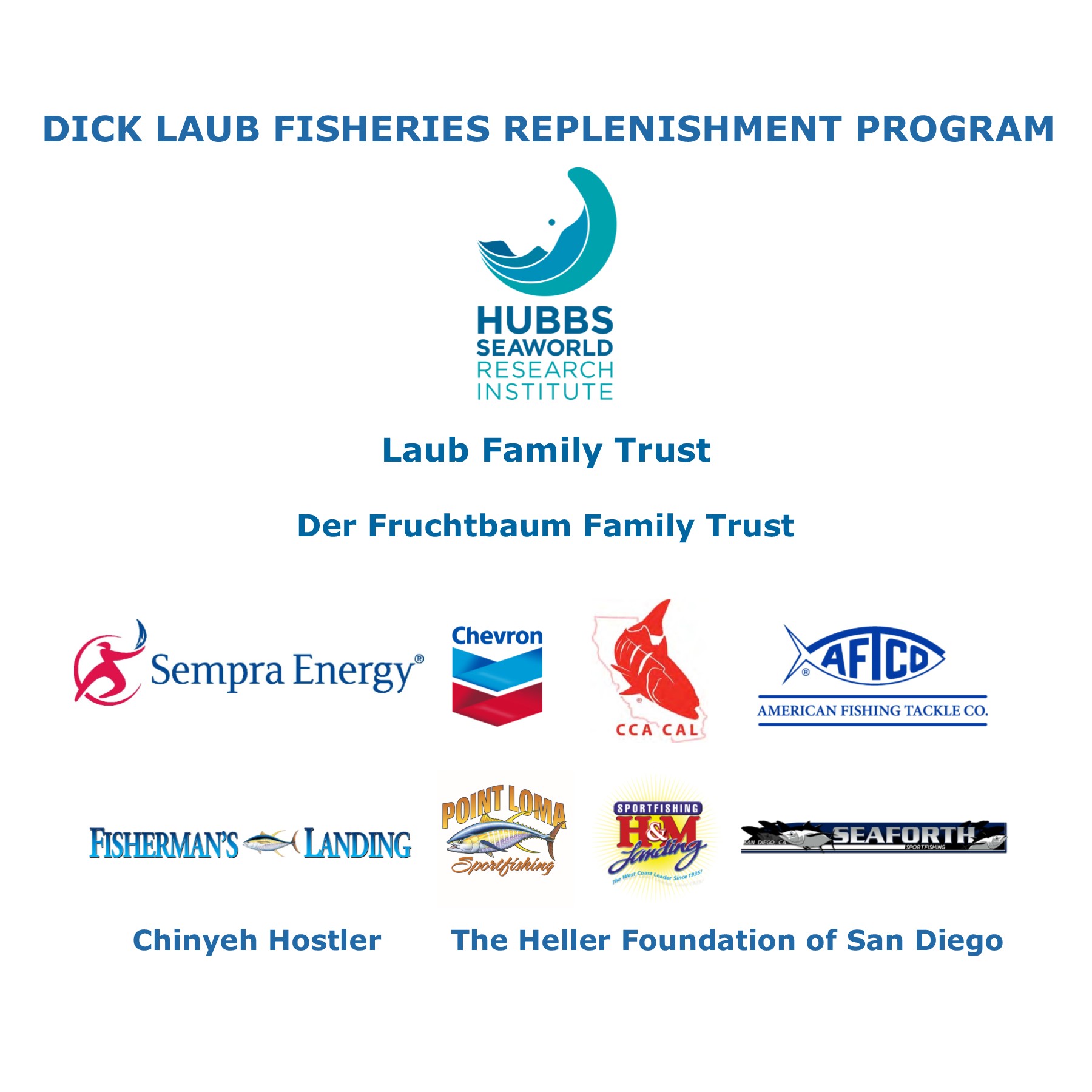