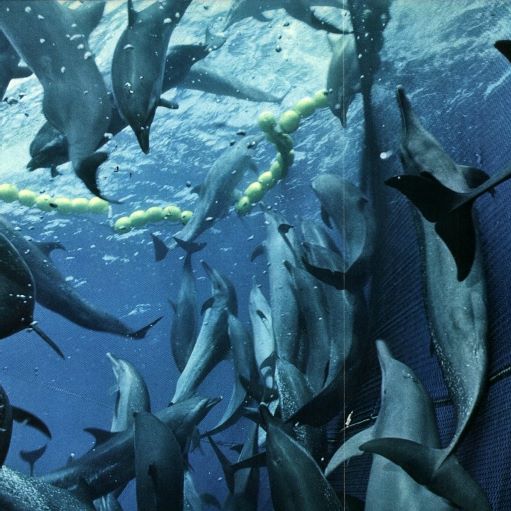 From 1969 to 1976 HSWRI researchers worked in conjunction with Southwest Fisheries Science Center tagging and tracking 3,712 dolphins in the eastern tropical Pacific Ocean. Researchers were trying to discover any migration patterns to prevent inadvertent dolphin entanglements. At that time, approximately one quarter of the world’s tuna catch was taken in the eastern tropical Pacific Ocean. Yellowfin tuna is often found in association with various species of dolphins. Since the late 1940s, tuna fishermen had taken advantage of this association and caught tuna by setting their nets around the highly visible herds of dolphins, which, being mammals, must surface often to breathe. Improvements in techniques and in gear substantially reduced the number of dolphins killed by the tuna fishery, but thousands of dolphins were still killed each year. Continued dolphin entanglements led to further regulation of tuna fishing in US waters in 1981. Consumer boycotts in 1988 resulted in stricter US regulations. In 1992, HSWRI researchers contributed to a National Academy of Science report with summarized the problem and made suggested solutions, but by then the US-registered tuna fleet had mostly transferred to foreign ownership.