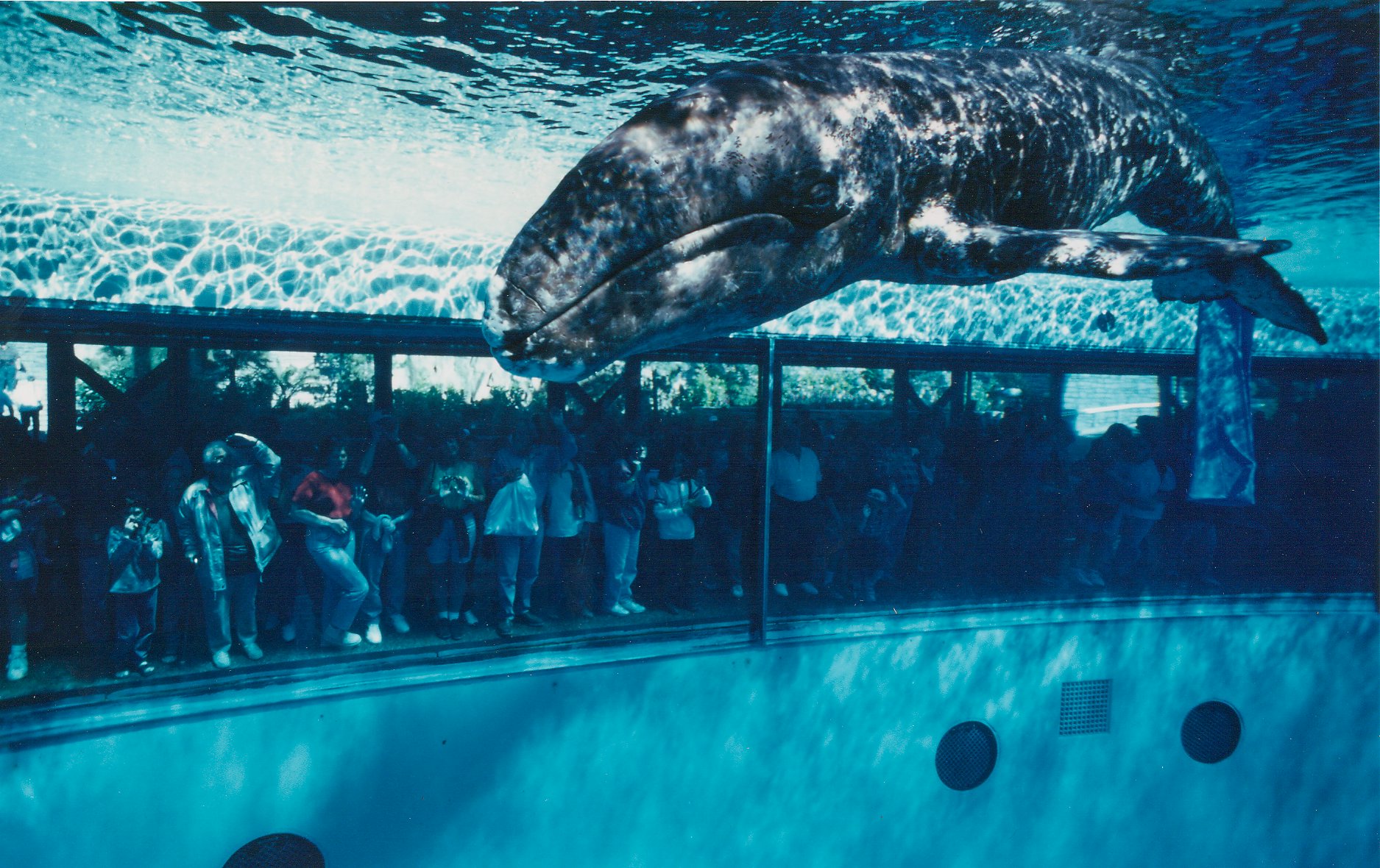 In January 1997, a very young California gray whale was rescued near Marine del Rey, Los Angeles, and delivered to SeaWorld of California in San Diego. She was semi-comatose, severely infested with whale lice, and had numerous cuts and ulcers over her body. She weighed 758 kg, was 4.2 m long and judged to be only a few days old. Veterinarians and Animal Care Specialists at SeaWorld immediately began emergency procedures to restore her electrolyte, water, and energy balance and to combat bacterial infections. Although the initial prognosis for the infant’s survival was poor, a committed staff with around the clock protocol of intensive care, feeding, and observation greatly improved her condition during the critical next several days. As the calf’s condition steadily improved, she gained the name ‘JJ’ in memory of Judy Jones, a long-time and generous devotee of marine mammal rehabilitation in Laguna Beach.

As the calf’s condition improved, HSWRI co-hosted a scientific workshop as a prelude to the calf’s release back into the wild. The workshop, held in June 1997, was attended by invited local marine mammal scientists, animal care staff and veterinarians, and government representatives. There was substantial dialogue and debate on an array of issues, including whether JJ might be maintained in captivity for several years as a tremendous resource for learning more about mysticete cetaceans, if actually released when and where that should occur, and whether her movements and behavior should or should not be monitored after release. The outcome was general consensus that JJ should be reintroduced to the Pacific Ocean near San Diego in spring 1998 to coincide with the northward migration of gray whales from their breeding lagoons in Baja California, and that she should be monitored electronically. There was also consensus that as much scientific research as possible should be encouraged during the rehabilitation provided that it did not risk her health or result in substantial imprinting on humans.

While JJ was at Sea World, HSWRI researchers recorded her sounds and also exposed her to sounds of gray whales to prepare her for her release. After 14 months of rehabilitation, Sea World San Diego released JJ into the wild in March, 1998. HSWRI researchers placed two satellite transmitters on JJ with the intent of tracking her movements for up to 18 months, the life of the batteries. These two satellite tracking transmitters fell off at sea and were recovered within the first couple of days.

In spite of the loss of the satellite tags, scientists from HSWRI and Moss Landing Marine Lab aboard the vessel Megalodon visually tracked JJ’s progress after her release. The scientists reported JJ demonstrated natural and anticipated behaviors following her release, including diving, vocalization and spyhopping, that is, breaking the water’s surface to look around at her new surroundings. During that time, JJ swam strongly and covered more than 20 miles.  She swam steadily at two to three knots, taking several breaths at the surface between one to six minute dives, a pattern typical for young gray whales.  After about 48 hours, the researchers on board lost track of JJ, and she has never been spotted again. 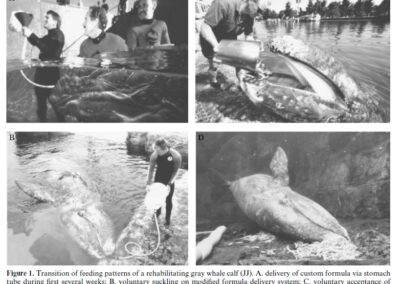 Feeding JJ as she grew 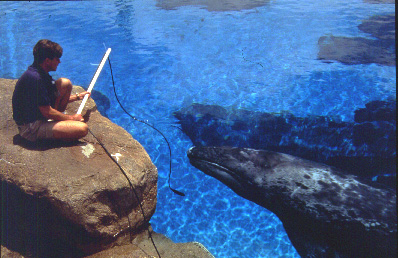 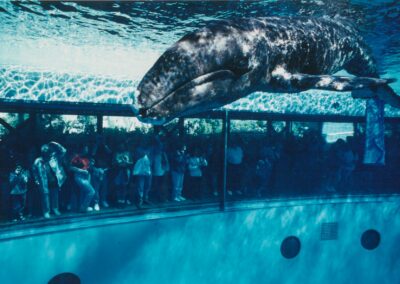 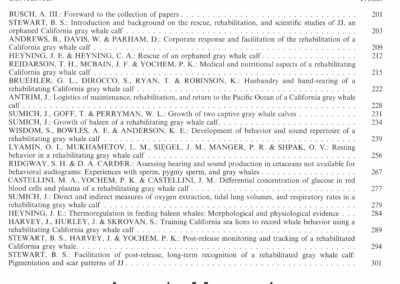