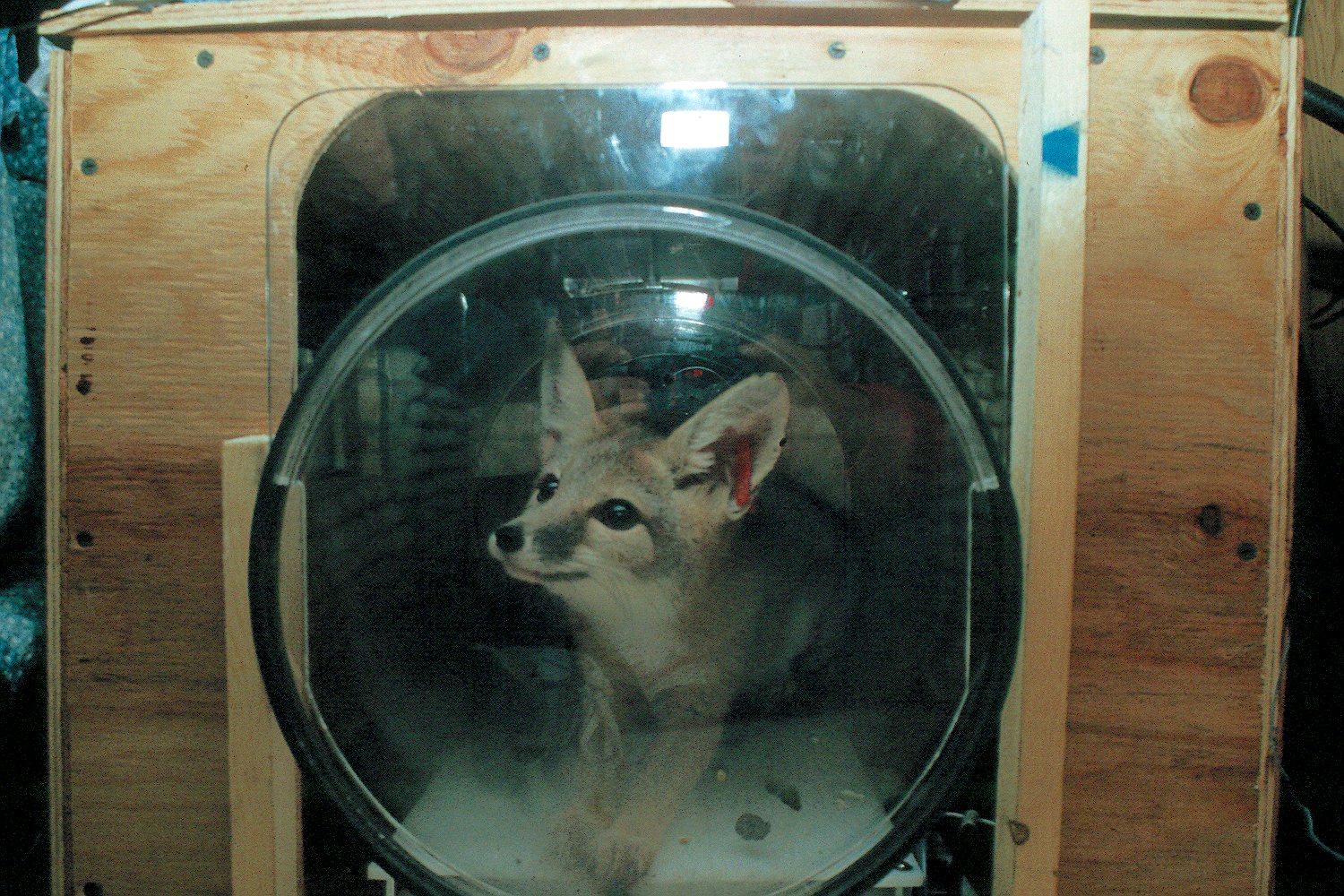 Four kit foxes were captured south of Gila Bend, Arizona, in an area not overflown by aircraft. Hearing thresholds were measured  with a San Diego Instruments Startle Recording System. Shaped 200‐ms tone bursts ranging from 100 Hz to 40 kHz in octave steps were delivered using a step‐up, step‐down procedure. Startle responses were elicited by a 40‐psi air puff 30 ms in duration following 100 ms after the tone burst and startle intensity and latency were measured. Threshold at best frequency lay between −10 and −15 dB re: 20 μPa at 2–4 kHz and declined rapidly below 1 kHz and above 20 kHz. Foxes were trained to identify simulated prey and predator noise at the minimum level required for detection. Latancies to respond were measured in the absence and presence of simulated aircraft noise, simulated by recordings of F‐4 fighter aircraft played for 40 min at 96 dB re: 20 μPa with onset rate of 25 dB/s. Foxes were also exposed to aircraft noise for 3 h while asleep during the day. Results available to date indicate that foxes can detect test signals and respond in the presence of aircraft noise; latencies to response are altered during tests but not after; and no changes in activity are detected during daytime exposures. 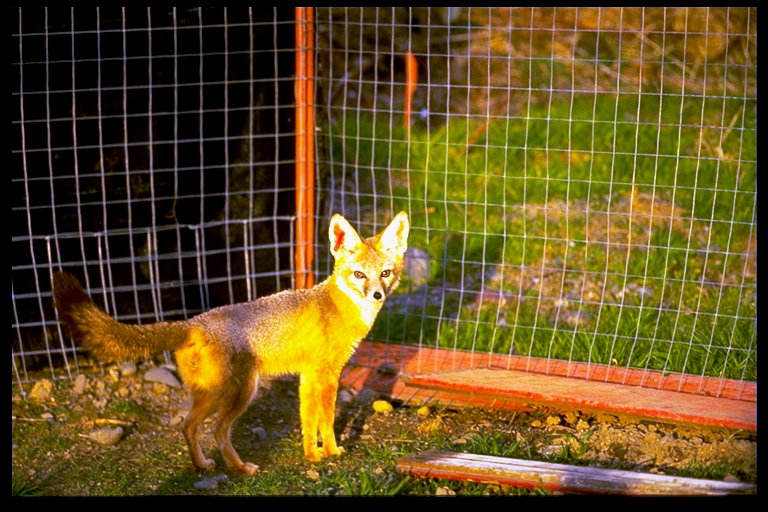