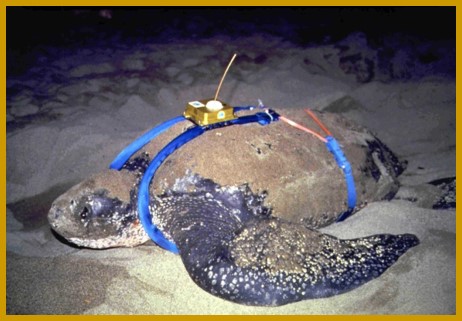 Swim speed, dive behavior and movements were recorded for seven female leatherback sea turtles (Dermochelys coriacea) during a single internesting interval near St Croix in the US Virgin Islands.  Turtles swam continuously throughout the day and night. There were two swim-speed patterns; the most common was slightly U-shaped,with high speeds at the initiation and conclusion of the dive, and the less common was continuous high-speed swimming. The U-shaped speed patterns were coincident with vertical diving by the turtles, while the second pattern occurred most frequently during the daytime, with the turtle swimming within 2 m of the surface. This latter swim behavior appeared to be designed to maximize efficiency for long-distance travel. The hypothesis that leatherbacks rest or bask at midday during their internesting interval is refuted by this study. 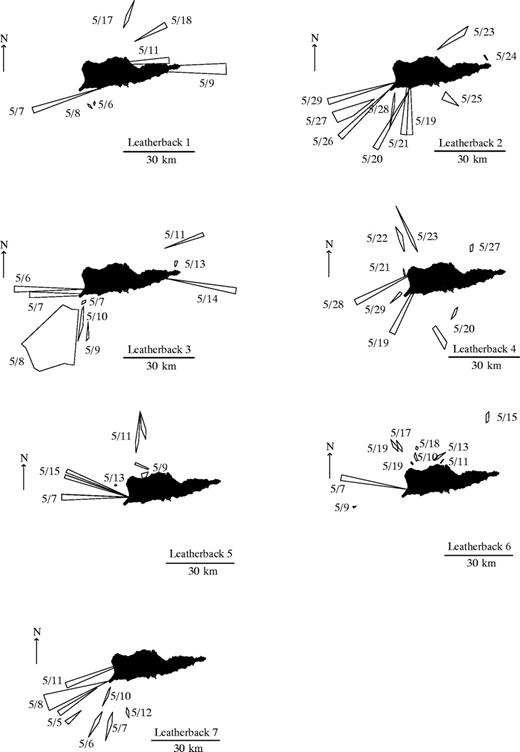