Mono Lake is a key resting point for millions of migratory birds where they feed on brine shrimp.  Owens River water was diverted to the Los Angeles aqueduct in 1941. By 1982 the lake was reduced to 70% of 1941 levels, and by 1990 it was reduced to 50%. HSWRI tracked the effect of the shrinking lake and increased salinity of the water on bird populations from 1981 to 2003. In 1994 the Mono Lake Committee successfully required Los Angeles to let water flow into Mono Lake to restore the lake to 1941 levels, and HSWRI continued their bird surveys. Surprisingly, consistent bird counts revealed that the reduced water levels in the lake had minimal impacts on bird migrations suggesting that wildlife have adapted to California’s history of recurring droughts. 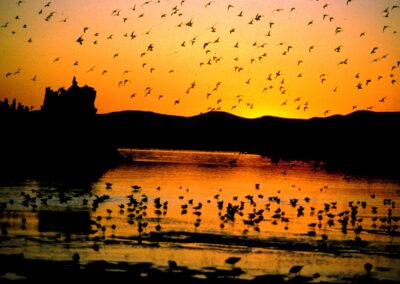 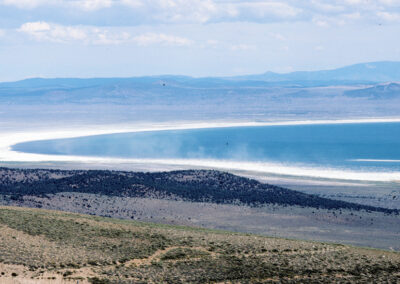