The purpose of the OREHP is to investigate the potential for proactively counteracting the depletion of California’s coastal marine fisheries by stocking cultured fishes. The OREHP is one of the few stocking programs dedicated to assessing the biological and economic impacts of its releases, and it is the only program of its kind on the west coast of North America. Through its responsible approach and extensive, self-imposed scientific review process, the OREHP has established itself as a model for stocking programs worldwide. 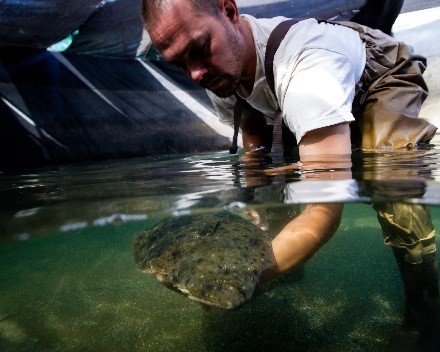 Increasing human populations and changing environmental conditions have placed increasing pressure on living marine resources. Fisheries managers continue to seek methods to effectively manage these resources. Not surprisingly, most of these management measures are restrictive relative to when, where and how fish can be harvested. Stock replenishment is a proactive means of supplementing natural processes, especially among vulnerable species. 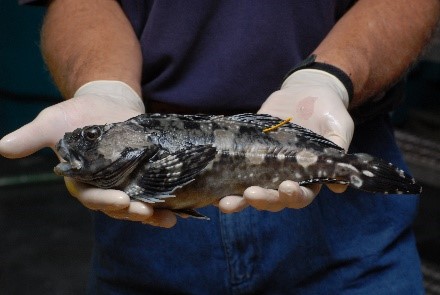 The Ocean Resources Enhancement and Hatchery Program (OREHP) represents a unique partnership between California state resources agencies, public utility companies, volunteer user groups and the scientific community. The purpose of the OREHP is to investigate the potential for proactively counteracting the depletion of California’s coastal marine fisheries through “stock enhancement” which is the release of cultured juvenile fish into the wild.

The OREHP began in 1982 with legislation (Assembly Bill 1414) authored by California Assemblyman Larry Stirling, which funded the program’s initial nine-year research effort. Assemblywoman Dede Alpert re-authorized the legislation (Assembly Bill-960) for an additional ten years and allowed the program to expand its scope. The research is funded through the sale of marine enhancement stamps on fishing licenses for all saltwater anglers south of Point Arguello, CA. The program is managed by the California Department of Fish and Wildlife (CDFW) with the assistance of an advisory panel consisting of academic and management agency scientists, representatives of both commercial and recreational fishing groups, and the aquaculture industry.

In October of 1995, the Leon Raymond Hubbard, Jr. Marine Fish Hatchery began operating as the first commercial-scale marine fish hatchery along the west coast of the United States. The hatchery was built in Carlsbad, CA on land that was donated by the San Diego Gas & Electric Company. The hatchery is capable of producing several million juvenile white seabass annually, although release goals are

currently set at 350,000 fish per year. A major portion of the capital costs for the expansion were provided by the owners of the San Onofre Nuclear Generating Station (Southern California Edison, San Diego Gas & Electric Company and the cities of Anaheim and Riverside) as part of a mitigation requirement. Contributions were also made by private, corporate and foundation donors. 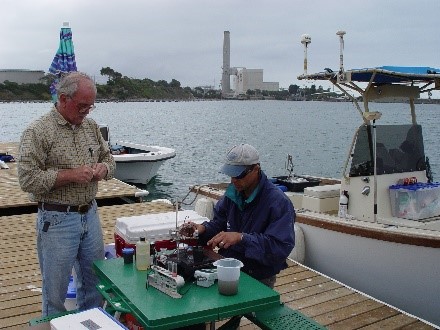 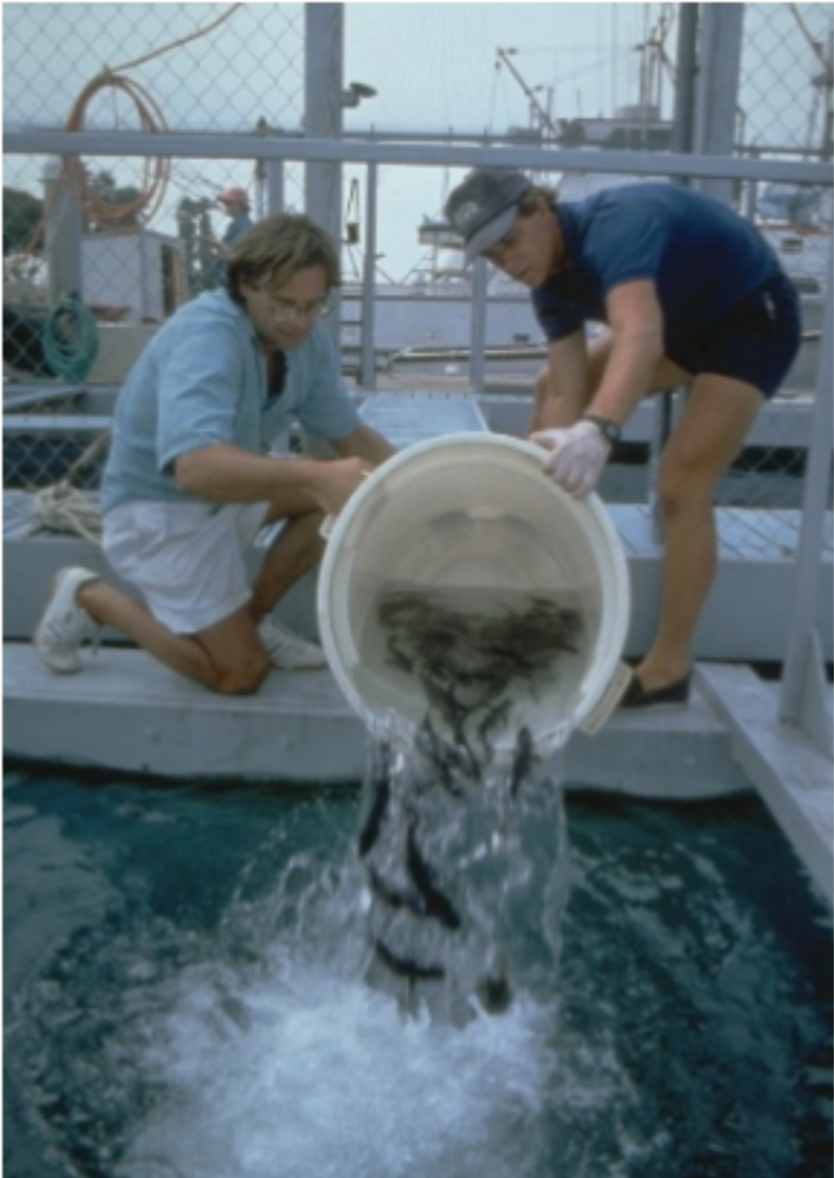 Methods and Results – Since the Program’s first releases in 1986, HSWRI scientists have tagged and released more than 2 million juvenile white seabass into embayments and near-shore coastal areas in southern California.  From these fish releases, data has been collected from more than 1,200 tag recoveries.  Among the tag recoveries are several that were at liberty for more than 12 years.

Why does this research matter? – This research is critical in helping expand the tool box of fisheries managers in the United States and elsewhere.  It seeks to support vibrant ecosystems and, in doing so, resiliency among coastal industries including tourism.

Funding and Donation Opportunities – Donor support of $150,000 is needed toward the project and its staff annually.