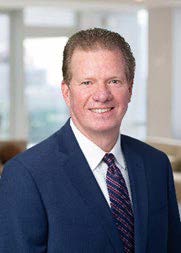 In his more than 15 years with the company, Mr. Stewart has held various positions.  After first joining the company in 2005, Mr. Stewart served as a National Government Affairs Manager, where he managed the company’s political and legislative strategy for project permitting, expansion, and management in more than 10 states.

Most recently, Stewart served as Director of Issues Management, responsible for identifying, prioritizing and proactively addressing public policy and reputational issues that could affect Sempra and its various business units.

Prior to joining Sempra Energy in 2005, Mr. Stewart’s career included positions in Public Affairs and Public Relations as a consultant to companies such as SBC Communications, former Presidential candidate Ross Perot and Perot Systems.

Mr. Stewart is a native San Diegan and graduated from the University of Wyoming. He is married to E.A. Stewart, and together they have two children, 19-year old Sierra and 17-year old Aidan.