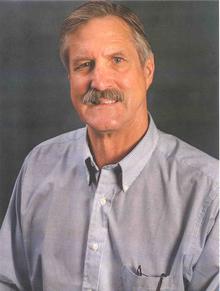 Mr. Robert Fletcher has spent his whole life in the marine fisheries arena. He was born and raised in San Diego, and grew up on, in or under California’s coastal waters. He graduated from Stanford University in 1965 and then spent four years as an officer in the US Air Force, where he was awarded a Bronze Star for time in SE Asia.

After returning to San Diego he earned a Captain’s license to operate sportfishing passenger boats, and spent the next 12 years as a skipper and boat owner. During that time he owned and operated two 65-foot charterboats, both named CAT SPECIAL. He has also fished commercially for tuna and has commercially harpooned swordfish. In 1983 Fletcher was appointed by then-Governor Deukmejian to the California Department of Fish & Game and spent the next six years as Deputy Director, and later Chief Deputy Director. During that time he represented the state on the Pacific Fishery Management Council (PFMC), and was its’ Chairman for 1 ½ years. Bob also represented California as a Commissioner on the Pacific States Marine Fisheries Commission (PSMFC), was the first Chairman of the Klamath Fisheries Management Council, and was the California representative on the U.S./Mexico Fisheries negotiating group known by the acronym, MEXUS/PACIFICO.

In 1989 he left the DFG to return to the private sector and became the President of the Sportfishing Association of California (SAC). At present he represents close to 175 commercial passenger fishing vessels berthed between the ports of Santa Barbara and San Diego. He also represents 23 SAC Landings and the majority of the live bait harvesting fleet. The Sport fleet carries close to 750,000 passengers a year on fishing, sport diving and natural history excursions. One of his key jobs with SAC is to negotiate access agreements with the Mexican government. In 1991 he was reappointed to the PFMC to serve as an At-Large member from California and in the summer of 1995 was elected to become the PFMC’s Chairman. Bob was reappointed to the Council in July 1997, and completed his term as Chairman at the September 1997 meeting. He is still involved with the PSMFC as a California fisheries advisor, and with the PFMC as Chairman of the Highly Migratory Species Advisory Committee. He concluded his third term with the Council in June 2000, and retired as a voting member due to term limits. Finally, Bob was a member of the Marine Reserves Working Group for the Channel Islands until it was disbanded in late May of 2001, after failing to reach consensus. Marine Reserves are a major controversy at present, and he has been appointed to the Santa Barbara ‘Regional Committee’ of the Marine Life Protection Act. Finally, he was appointed by the Secretary of Commerce to the Marine Fisheries Advisory Committee (MAFAC), a nation-wide fisheries advisory committee Chaired by the head of NOAA, VADM. Conrad Lautenbacher, Jr. Bob also loves to fish, when time permits!