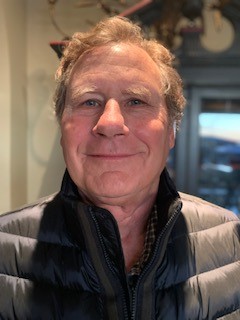 Mr. Weiner is a native of southern California and was educated in Los Angeles and attended UCLA (1973).

When he was only 12, his father arranged for him to work on an albacore boat based in Newport Harbor during summer vacation.  He had many days of catching 100 or more fish and unloading the catch in San Diego and San Pedro after weeks at sea.  He was “hooked” at an early age.

Mr. Weiner’s professional life began in 1974 after the passing of his father when he assumed management of his father’s business which involved providing packaging materials and systems to the largest players in the tuna canning industry – StarKist, Bumble Bee and Westgate Foods.

In the mid-1980s these companies decided to relocate their operations to offshore locales.  As a result of losing this large body of business, Mr. Weiner began doing business with smaller companies that had more of an emphasis on fresh and frozen fish as opposed to canned.  He realized that most of their fish was imported from companies and countries in the Pacific Island nations (e.g., Samoa, Tahiti, Tonga, Guam, Yap), so he began island hopping to get to the source and provide those companies with better packaging to improve quality and shelf life.  Today his two sons are managing the administrative, sales and engineering functions of the company and have doubled the size of it since they became involved.

Mr. Weiner believes his experiences with seafood processing and packaging will assist HSWRI’s goal to develop a new, nutritious and delicious alternative to wild-caught fish.  He believes the success of aquaculture programs are really the only hope for preserving life in our ocean.  He believes it is a huge undertaking and hopes to be involved with it.

Mr. Weiner’s personal interests include skiing, scuba and salt water fishing and wants those same experiences for his six-year-old grandson who loves to fish with his grandfather.  He resides in Newport Beach, CA and has been married to Sandra Alger for 39 years. Together we have four grown children, three grandchildren and two “on the way”.