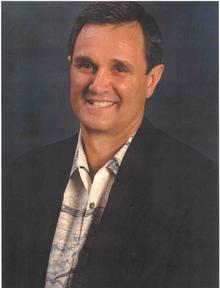 Mr. Bill Shedd is the Chairman of the Board of the American Fishing Tackle Co (AFTCO) a fishing tackle and clothing manufacturer.

He currently is the Chairman of the Board of the Hubbs-Sea World Research Institute and the Coastal Conservation Association of California (CCA CAL).  He sits on the boards of the International Gamefish Association (IGFA), the California Artificial Reef Enhancement Program, and the Center for Sportfish Policy (CSP). He was the co founder of United Anglers of Southern California (UASC) where he lead that group’s efforts to develop the white sea bass grow out facilities.  Bill is a member of the American Sportfishing Association’s (ASA) Hall of Fame, served as the ASA Government Affairs Committee Chairman for over 25 years and has received the ASA Lifetime Achievement award. Among other things Bill started the AFTCO TAG FLAG program in both the Atlantic and Pacific, which played a major role in moving forward a tag and release conservation ethic in the sportfishing community.

Shedd and his wife Jill have four children, Cody, Carie, Christie and Casey along with 6 grandchildren.