In 1999 to 2000, the U.S. Antarctic Program supported more than 800 researchers and other participants in cooperation with other Antarctic Treaty nations. These projects, funded by the National Science Foundation, were part of the international effort to understand the Antarctic and its role in global processes. HSWRI researchers participated in a 52-day Antarctic Pack Ice Seal research cruise with 29 other scientists to study how changes in the environment cause fluctuations in the abundance, growth patterns, life histories, and behavior of Antarctic animals. HSWRI staff focused on the four species of Antarctic pack ice seals (crabeater, leopard, Weddell, and Ross seals), which are at least half of world’s seals. HSWRI researchers were part of the team that attached satellite-link transmitters to the seals, participated in helicopter aerial surveys, made body measurements, and took biomedical samples. HSWRI researchers subsequently assessed the health of the animals based on these samples. This was the first time that samples of all four Antarctic seals were taking at the same time in the same location which allowed measurements between and among the species.  HSWRI evaluated both the general health and disease exposures for the seals, creating a baseline assessment for future comparisons. As long-lived, top level predators, pack ice seals are scientifically interesting because they can assist in monitoring shifts in ecosystem structure and function, especially changes that occur in sensitive polar areas in response to global climate changes. 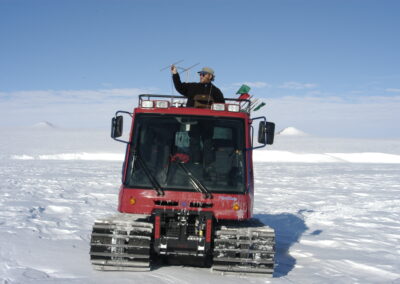 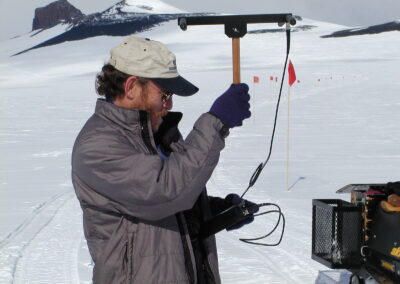 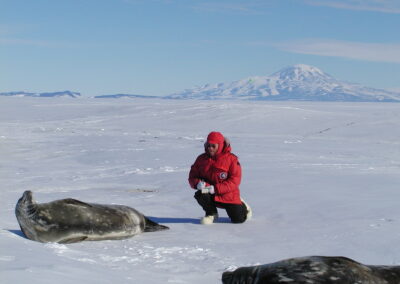